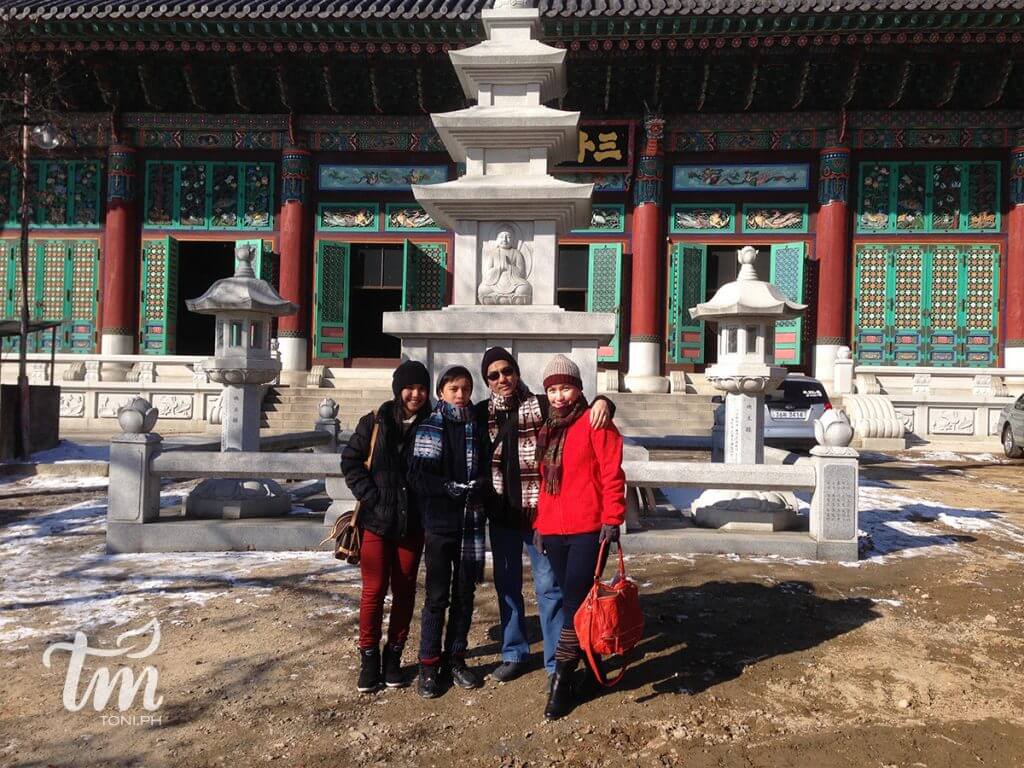 Strolling Around the City of Seoul

Our second day in Seoul was just as packed as our first one. This time we were scheduled to go on a city tour, learn more about Korean culture, and do a little bit of shopping while we were at it. Our city tour was also part of the travel package we got from from Bosuk Tours Ltd.

First stop, Gyeongbok Palace. This was the first royal palace built by the Joseon Dynasty in 1395. It also served as the main palace of that dynasty, being the largest of five palaces constructed during that time.

The buildings within the palace complex have been destroyed and rebuilt many times over the years, particularly during the time of the Japanese occupation. Fortunately, the Korean government has an ongoing project to rebuild and restore Gyeongbok Palace into what it originally looked like.

We saw the king’s house and other palace buildings during our tour. The ceiling and wall details within the palace are all exquisite, and definitely deserve to be cared for and preserved. We also got to see the open-air pavilion which was once used for banquets and as a venue to entertain foreign envoys.

Inside, we saw a lot of historical and cultural artifacts, from national costumes to pottery and paintings. The tour gave us a lot of insight into what it traditional Korean life is like, from ancient times to more recent periods.

The Gyeongbok Palace complex is open for tours from 9am to 6pm daily, and is closed on Tuesdays. An hour and a half is a good amount of time to allocate for a visit to this area.

We drove by the Blue House as we went from one stop to the next. This is the executive office and residence of the Korean President. We weren’t allowed to take photos, so unfortunately I don’t have any to share with you. You can book a tour of the Blue House, which takes about an hour and a half. Remember to book this in advance because the slots fill up fast.

Next on our itinerary was another royal residence, Changdeokgung Palace. You may recognize this as the setting of the famous Jewel of the Palace telenovela. It is one of the most well-preserved palaces in Seoul, and it even has a few of its original elements still intact. The palace is actually a UNESCO World Heritage site.

One of its best features is its Secret Garden, which you can visit as a separate tour that lasts about an hour and a half. You will really need to wear comfortable shoes here because the walk is long, and there are a few stairs and steep slopes involved.

From here we moved on to Jogyesa Temple, which is the central Buddhist temple in Korea. It’s a very solemn and quiet place, as you would expect, given the monks that reside and worship in the temple. While there, we got to see the tombs of some of their most famous monks. Nearby, you can also find small stalls that sell prayer beads, incense, and other things related to Buddhism.

After the temple, we stopped for a quick lunch of Bulgogi and Bibimbap. Korean cuisine is an experience all on its own, so I really recommend that you eat local and try as much of it as you can while there.

The restaurant that we ate in required us to remove our shoes when we entered. This reflects the local custom of removing your shoes when you enter someone’s home. It’s a good thing the floors were heated, because like I mentioned in my previous post, we were there during winter and it was very cold.

From the restaurant, we walked to Insadong Market, our last stop for the day. Here you will find all sorts of souvenirs, from magnets to keychains, even winter wear. This is also the place to go if you are looking for traditional Korean arts crafts such as celadon pottery and ink drawings. We bought a few things, and then stopped at a candy shop and watched some candy makers at work.

We were supposed to go and see the City Hall and other nearby places but roads were closed due to a protest, so our tour had to be cut short. This is why Insadong Market ended up as our last stop, and we headed back to the hotel after we were done there. It’s fine, though, because by then we already enjoyed a day full of fun and learning.

I hope you’ll check out the rest of the posts in my Korea series. You can find them here: 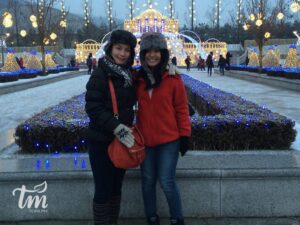 Days 3 and 4 of our Korean adventure were actually spent outside of Seoul. On Day 3 we got to explore Everland Resort, and on the fourth day we learned how to ski! Day 3 – Everland Resort Everland Resort, a Korean theme park, can be described in one word – Fantastic. The area is huge, and there’s so much… 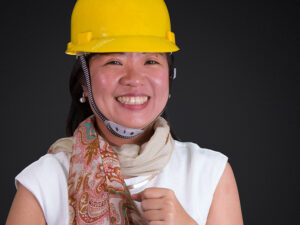 When Volunteer Work Leads To Your Mission Field

Bible Verse: “But if anyone has the world’s goods and sees his brother in need, yet closes his heart against him, how does God’s love abide in him? Little children, let us not love in word or talk but in deed and in truth.” ~ 1 John 3:17 ESV Carminia had a personal agenda, but the Lord had other plans.… 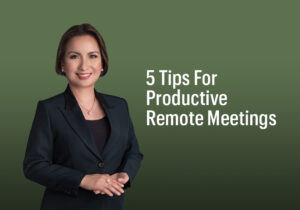 t’s already been a couple of months since the pandemic happened. Many businesses are still having a hard time translating their work environment to the current virtual one. One of their biggest struggles is on how to make remote meetings work. In this article, I’ll share with you 5 tips for productive remote meetings.