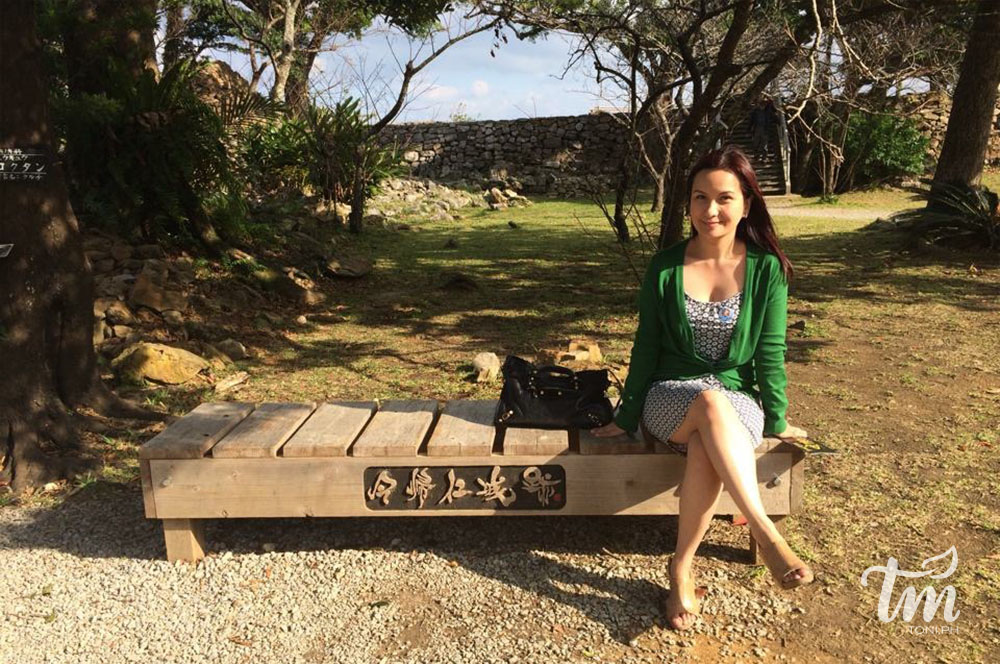 Travel is one of the perks of work that I appreciate the most. It makes me even happier when I’m able to take my family along for the ride. Towards the end of 2015, I got to enjoy a trip just like that as a delegate of ForeverGreen’s Asia Pacific Regional Event in Okinawa, Japan.

The event was scheduled to take place from December 6 to 8 at the Okinawa Convention Center in Ginowan. My family and I chose to fly in a day ahead, and leave a day after to give us ample time to explore together. Looking back, I know for sure it was a smart idea because we had an amazing time during that trip. The one downside is that my son was unable to join us due to a conflict with his exam schedules at school.

We travelled from Manila to Okinawa via China Airlines Ltd, with a brief stopover in Taiwan. Rather than get stressed out over our 5-hour layover, we decided to make the most out of it. This photo proves that it’s all a matter of perspective, and the ability to find fun in the mundane is so important.

Upon arrival at the Okinawa airport, we immediately rented a mobile wifi router that could handle our party of three during the trip. Though we were there in December, the weather was a cold but comfortable 17-19 degrees centigrade. Okinawa generally has a tropical climate, quite the opposite of Tokyo which can get really cold in winter.

Our stay at the Moon Ocean Ginowan Hotel & Residence

It was 8:30PM when we were finally welcomed by two other Filipino delegates at our hotel, Moon Ocean Ginowan Hotel & Residence. This was the ideal choice for us because of its proximity to our event venue. The rooms are large, perfect for a group of four or more, and fitted with modern amenities. It actually looks like a small condo unit, complete with kitchenette. We were fortunate to have been given a room with a view, and a balcony to enjoy it from. It was perfect for catching some rest and relaxation.

Apart from being close to the event venue, our hotel was also a short distance away from Union Supermarket, and other shopping centers and convenience stores. This made buying meals and other necessities really easy for us. The hotel itself also has a restaurant that serves delicious food, a pool, a fitness center, and a nice lobby.

The welcome party for the ForeverGreen delegates wasn’t until the evening of December 6, which gave me time to first visit some attractions close to the hotel with my family. We spent the day at the Mihama American Village, which was nicely decorated for Christmas during our visit. This place is an entertainment center that caters to the US military bases found nearby. Here you will find several American-brand boutiques like Crocs, Dr. Martens and American Depo. They also have several restaurants, a movie theater, a beach, and a giant ferris wheel.

Time to get to work

That evening, my husband and daughter checked out a nearby mall while I attended ForeverGreen’s Regional 100 Party for 3-stars and above. Our delegation from the Philippines was composed of four individuals, holding 4- and 3-star ranks in the organization. We were asked to come dressed in our country’s traditional costume, and it was fun celebrating and learning about the different cultures and nations present.

The program that evening was facilitated by Bob Steed, ForeverGreen’s President for Asia, together with Tomoko Hale, Director of Japan.  The evening featured several cultural presentations, and a performance by Okinawa locals. It was a lot of fun, and we made quite a few new friends and good memories.

The following day was dedicated for a whole-day convention for us delegates. We had the privilege of listening to a powerful speech by our Our CEO and Founder, Ron Williams, via Skype. This was followed by a product presentation by Michelle LeSueur, Director of Product Education and Development, which featured Ketopia and Farmers Market products. Finally, our President, Bob, shared his personal experiences with Ketopia, and Tomoko and other top field leaders went over some international updates.

One of the highlights of the entire conference was the initiative that our Okinawa-based members took to complete three Community Stands. They planted flowers along the roads, picked up garbage around the park for an upcoming wheel chair marathon, and made 1,000 origami cranes to donate to the wheel chair marathon foundation. And, as a part of this event, all of the delegates in a way were able to show support to the local community of Okinawa.

When work was over the next day, my family together with the Philippine delegation decided to go on a bus tour around Okinawa Island, which is the largest among the Okinawa islands of Japan. It is also the main island in the Okinawa Prefecture, which is made up of over 100 islands in all.

Our first stop was Hedo Misaki, also known as Cape Hedo or Hedo Point. This is the northernmost point of the island, facing out into the South China Sea. From here we drove to the Ocean Expo Park in Northern Okinawa Honto where we got to see the Churaumi Aquarium. This is considered to be Japan’s best aquarium, and houses one of the largest Kuroshio tanks in the world.

We had a quick lunch, which was included in the package, then went to the Nakagusuku Castle Ruins. This is one of several beautiful castles built in Okinawa during the Ryukyu Kingdom era, and is a UNESCO Heritage Site. After this, it was off to Nago Pineapple Park for us. At this attraction, you can learn more about the pineapple industry, as well as ride through the pineapple fields and sample different products such as wines, juices, and even chocolates.

Our final stop was another UNESCO site, Shuri Castle, which has been around since the 1300’s. Now fully reconstructed, it once served as the administrative center and residence of the kings of the Ryukyu era.

The tour was just the perfect length, and we were able to get our fill of beautiful sights and Okinawan culture. I highly recommend this for those of you who are visiting the area in the near future.

In fact, I strongly suggest you include Okinawa in your list of places to see in and around Japan. It’s a great alternative to the typical tourist-filled cities. Plus it, too, has its share of beautiful cherry blossoms, which bloom at the beginning of the year, much earlier than the rest of the country. A visit here will definitely be worth your while. We, for sure, headed home enriched and renewed after our short stay in Okinawa. 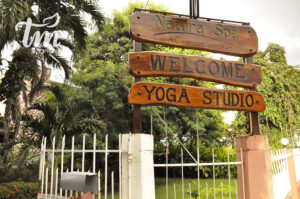 After several days of touring Dumaguete and indulging in its delicious food, one will certainly need some time to relax and recollect one’s self. For me, there is no better place to do this in the city other than Origin Natura Spa. Located at EJ Blanco St., Piapi, Dumaguete City, this place of wellness offers special rejuvenating massages, yoga sessions,…

The role of the worship team is crucial every Sunday worship service. They prepare the hearts of the people by singing praises to God. All eyes are on them: the song leaders, choir, and the band. Aside from their gift in music, the way they present themselves on stage is also what people see. Ms. Beth Martinito of CCF Alabang… 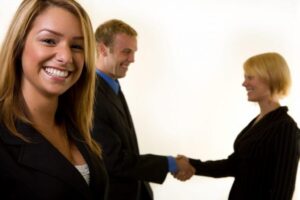