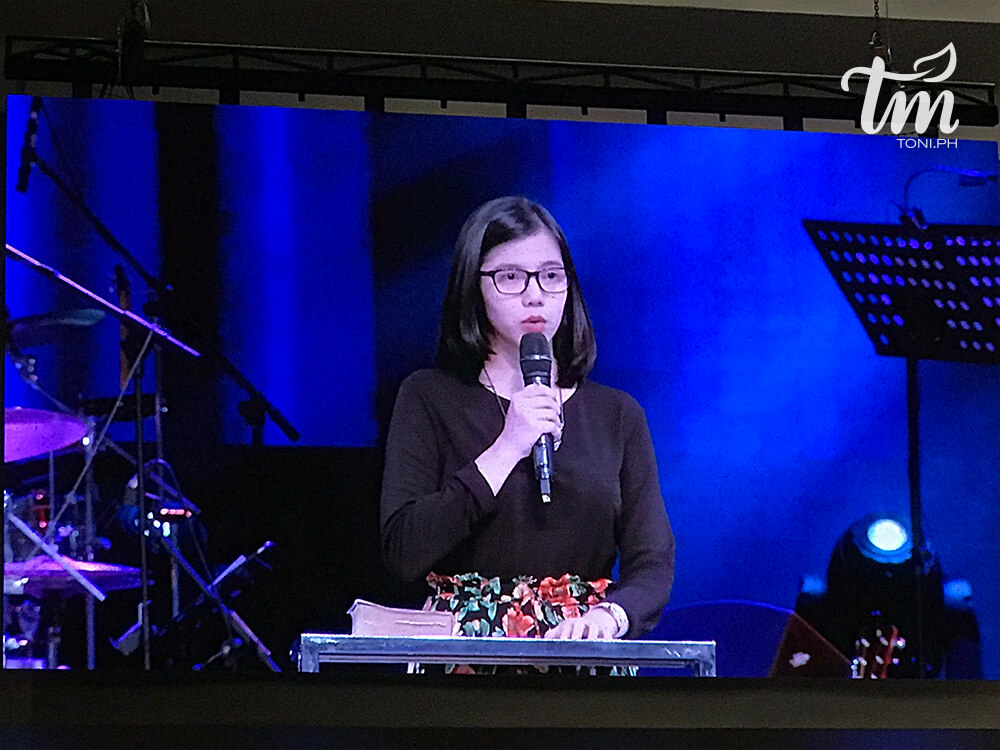 Finding Identity in the Father’s Love

Bible Verse: “But seek first His kingdom and His righteousness, and all these things will be added to you.” ~Matthew 6:33

She lost her dad at a very young age. And because of the pain of his passing, she struggled with brokenness and identity.

At 12 years old, Monica Lipana lost her dad in January 2008 due to a massive heart attack. The death of her father caused Monica to lose her sense of security and made her feel hopeless. She became jealous of other kids with their dads going through milestones like debuts and weddings, thinking she can never experience those anymore with her own father.

Since Monica’s father was also the breadwinner of the family, they had to adjust to a new way of life. They had to sell their house and transfer schools. Her mom also tried to go back to work, but due to a back ailment, she was not able to sustain a permanent job. To make ends meet, they were supported by their relatives for financial assistance.

All these things made young Monica insecure. She questioned God why He had to take her dad away so soon. And because the gaping hole of her heart needs to be filled, she compromised by satisfying it with sinful things. She started engaging in wrong relationships, corrupted by bad company, started drinking and attending parties. In other words, she lived a rebellious life without her family knowing it. She was such a good kid at home and excelling in her academics, but what everyone is unaware of, Monica has been living a double life. She has learned to fake her emotions and cover up her brokenness through these worldly pleasures.

She found herself in a relationship with a guy that caused her more insecurity because he cheated on her many times. This made her heart break all over again. Then one night, she remembered God and cried out to him. She felt so empty inside and she knew this was not the kind of love that she needed. It was that moment that she realized she has not fully surrendered her life to Jesus Christ. God spoke to her heart to let go of everything and to start all over again. This is what the beauty of being in Jesus Christ is about—to be accepted no matter what, and have a new beginning.

Monica was now compelled to read the Bible everyday to know God deeper and understand the relentless pursuit of the Lord for her. She devoted herself to daily quiet time, attended Bible studies, and became part of an Elevate small group where she learned more about the amazing love of God for her. She realized that for the longest time, her endless search for her Dad’s love can only be filled by her Heavenly Father.

As Monica is now growing in her relationship with the Lord, her healing from brokenness continued. Drawing closer to God made her more sensitive to His voice. She began to have a burden to reach out to other girls her age experiencing the similar struggles she has gone through so she started to disciple ladies in her batch. Later on, she also had a burden for the entire campus. It was during an Elevate leader’s retreat in September 2014 which led her to understand that God is calling her in full-time youth ministry.

It had been nine years already since her dad died, but not a day had gone by where they had no food to eat, not a night where they had no roof to live under, and not a time did He became unfaithful in showering her family with His grace. God taught Monica to live with an eternal perspective because the things of this earth will eventually perish, but the investment that one makes in the lives of others will impact their eternal life. And exactly a year later, September 2015, Monica’s mother gave her the blessing to apply for full-time position in Elevate. By God’s grace, Monica passed the application and interview as a Campus Trainee and just last June 2017 became a Campus Missionary and will continue to serve in Elevate Taft.

Monica entered college with a goal of finishing Culinary to continue the catering business that her dad was about to put up, but her Heavenly Father had other plans. God called her to start building His Kingdom in the campuses of Taft through evangelism and intentionally discipling women and finding their identity in Christ. As she continues to grow in her faith, Monica understands that her existence is not about her life but for God’s purpose and calling. She is now secured in the truth that she is a child of God—loved, treasured and priceless in the eyes of her Heavenly Father.

I am deeply inspired by Monica’s story for I have once lived a double life and was also trying to look for my identity through this broken world. I can relate to her that it was not easy and for her age to go through that struggle. I am in tears while I was talking to her because as I recall when I was of same age, I regret not surrendering to GOD and allowing Him to fill in my desires.  I relied on my own decisions and tried many things that satisfy me temporarily.

Monica is a big blessing to my family especially to my daughter. My daughter had her challenges in her school.  Monica was used by GOD to answer our prayers of protection. She willingly mentored and guided my daughter to intentionally live her spiritual walk.  My daughter now is part of Monica’s discipleship group at Elevate Taft and that made my daughter more grounded to the Word of God.

I speak to the young ones, as well as to the parents out there.  No amount of worldly activities can provide us with security and identity—not money, friends, vises and ambitions. May we all seek God first and find identity in HIM.

Heavenly Father, I glorify you today for the amazing love you’ve given me through your son, Jesus Christ. Thank you that I can find our security and identity in You. Forgive me for the times I have replaced you in my heart with earthly things that are temporary and can cause me to sin. I thank you that even though I have offended you many times, you are willing to forgive and cleanse me of all my sins if only I repent and confess my sins to you. You even would give me a new start in life because you want me to experience the fullness of your blessing. I praise you because though I have imperfections, you are willing to use me to build your kingdom as long as I walk in obedience to your Word. Thank you for the identity and purpose you have given me. Today, I honor and worship you for being my good, good Father. This I pray in Jesus’ name. Amen.

When I don’t have a date, I buy my Date!

What do you do when you don’t have a date? Will you look immediately for another one? For me, I BUY MY DATE! I will now reveal my secret why I decided to just buy my Date! Because it’s healthier and better for my body! My love affair with dates started during the Holy Week of 2017.  This is when… 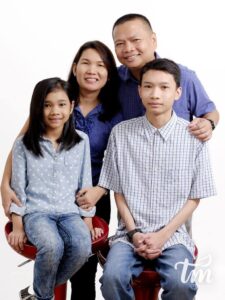 The Outcome of Surrender

Bible Verse: “In their hearts humans plan their course, but the Lord establishes their steps.” ~ Proverbs 16:9 NIV  Jude Agbayani grew up in the 80’s and spent most of her high school life reading pocketbooks. She would spend hours reading Sweet Dreams love stories and imagined that one day her Prince Charming would sweep her off her feet. She… 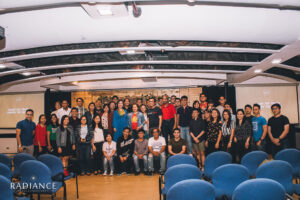 The role of the worship team is crucial every Sunday worship service. They prepare the hearts of the people by singing praises to God. All eyes are on them: the song leaders, choir, and the band. Aside from their gift in music, the way they present themselves on stage is also what people see. Ms. Beth Martinito of CCF Alabang…